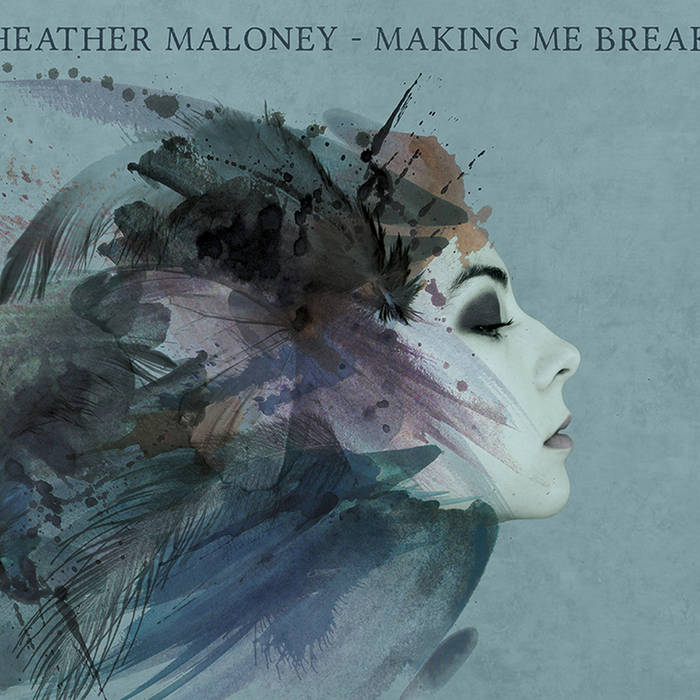 kelleelynn This is pure poetry. I love all of her songs, but this one speaks to me. Favorite track: Day With You.

Stefan Lorenz Love to see her on Youtube with darlingside. She´s great. My favorate is not on that album: Dirt and stardust, my youtube-favorite. Favorite track: Linger Longer.

Don Soper I have listened and watched this girl from her first recording. I would pay good money just to hear her sing the phone book. Have tickets to see her live in April... Can't wait!! Favorite track: Linger Longer.

Tom db Love the voice, love the guitar, love the lyrics. This is a terrific and extremely versatile record. Favorite track: Hey Serena.

“Going in, we said ‘lets make a bad ass indie rock record with a sound as big and dynamic as we can, without compromising one single heartfelt lyric."

Singer-songwriter Heather Maloney did just that on her newest LP, Making Me Break. Working with Grammy- nominated producer Bill Reynolds (Band of Horses, Avett Brothers), the two crafted and delivered on an artistic vision to merge Maloney’s folk roots with indie rock.

“The sounds I love in indie rock are so lush, and textured, and intricate, like someone spent a lot of time on this, so they must really care,” Maloney explains, citing influences such as Ben Howard, The Shins, and Io Echo. “And as a singer-songwriter raised on folk, I am drawn to lyrics that that are meaningful, intelligent, tell a story, paint pictures... that care. So I just wanted to make an album that cared musically and lyrically. Some sort of a bleeding heart meeting a distant, unaffected, sparkly rock band. That was the goal.”

Maloney’s new music has a definite edge, but it also has a classically trained voice that delivers well-crafted lyrics over a technical arrangement—a combination we’ve recently seen getting mainstream appreciation once more. Suddenly, the term “singer- songwriter” carries serious weight again. Chalk it up to a revival of everything 90s and Maloney’s influence from “those bleeding hearts,” as she calls them, referring to artists’ like Fiona Apple, Tori Amos and Aimee Mann.

“We wanted to make something more relevant, in a new zone.” Maloney wasn’t kidding – she teamed up with producer Bill Reynolds (who moonlights as the bassist for Band of Horses) and an all-star group of players with extraordinary talent, including engineer Jason Kingsland (Iron & Wine, Delta Spirit), guitarist Tyler Ramsey (Band of Horses), and guitarist and sax player Carl Broemel (My Morning Jacket).

Throughout the new musical heights and depths on this record, Maloney’s voice and lyrics remain center stage, truthfully articulating the insights and emotions of growing up, without clichés nor quirks for their own sake. Maloney feels this record is the closest she’s ever been to the sound that’s truly herself. “As an artist I’m constantly changing. But I think we cracked the code on blending the two worlds here,” says Maloney. For now, her distinctive voice has soared a long way from the silent confines of hushed meditation, and into a natural equilibrium of progressive Indie-Folk. Mission Accomplished.

"Her music is riveting, her voice adventurous, her lyrics thought-provoking..."
-NO DEPRESSION

Bandcamp Daily  your guide to the world of Bandcamp

Featuring Plunky of Oneness of Juju and Coldcut & the Keleketla! crew.